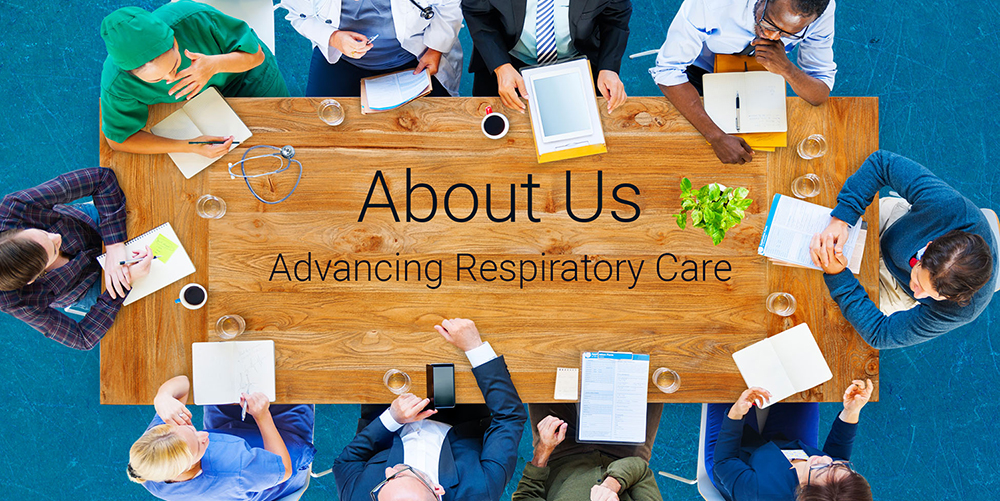 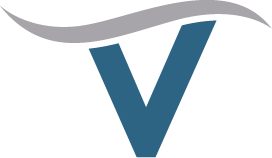 Invent Respiratory is making it easier for clinicians to make a difference.

Advancing respiratory care by developing platform technology focused on delivering best-in-class therapy with ease of use at a price every hospital can afford. 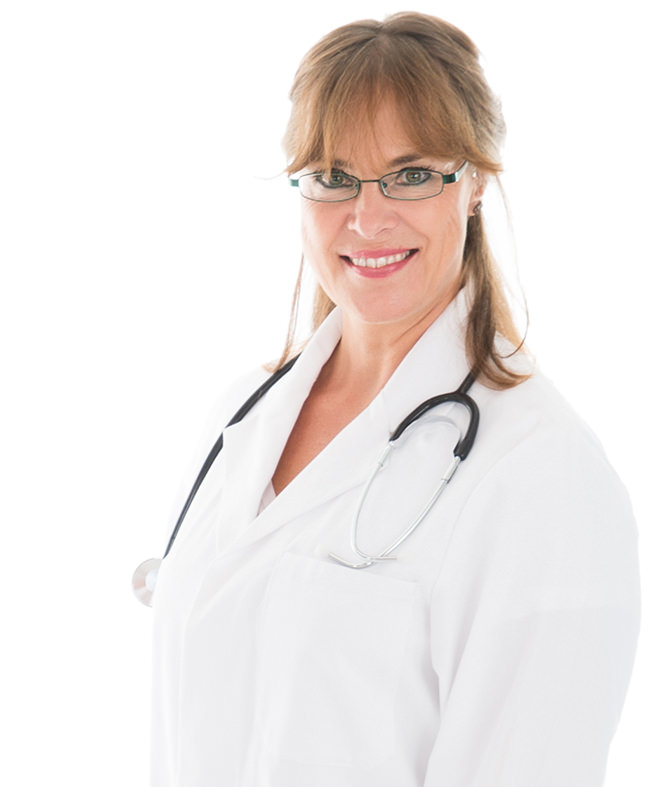 Invent Respiratory is led by a team of industry experts with decades of experience at some of the world’s leading healthcare companies. They have developed and launched over a hundred products that changed the lives of millions worldwide. 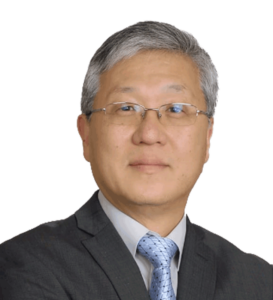 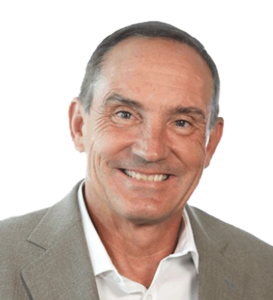 Served as President/CEO of many fitness entities and as CFO of a small public company and owned and operated over 30 fitness centers in the USA and Asia. Currently, he is the owner of fitness brand, TG The Gym, with locations in Vista and San Diego, California, and a partner in Muscle Sport Productions, which promotes NPC and IFBB shows in Northern and Central California. He serves as board of directors of the Mitchell Thorp Foundation, which serves children with life-threatening diseases and disorders and produces events to raise money locally for this charity. BS in Accounting at the University of Southern California and is an active CPA in CA. 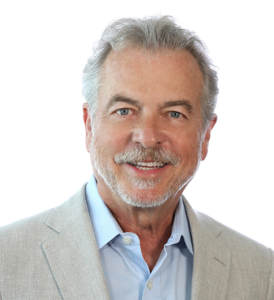 Mr. Richard has been employed in the medical industry for over thirty-five years and has extensive knowledge and experience in respiratory, pulmonary and sleep medicine. He began his medical career working in a respiratory department at a large teaching hospital in the Midwest. Upon leaving the medical center, he became involved in owning and operating home care companies, sleep laboratories, manufacturers, and distribution businesses. In addition to these experiences, he was instrumental in developing and designing several products used in the treatment and diagnosis of chronic health care conditions. He has launched over 40 major products resulting in sales over $1B. He has held senior level positions with Nellcor Puritan Bennett, Thermo Electron, ResMed, Qualcomm, and several other companies in the sleep and respiratory care sectors. He graduated from Baker University with a degree in Business Administration. He holds certificates in respiratory care and emergency medicine. He has been awarded 15 patents and multiple industry awards due to his focus and dedication to improving health care outcomes. 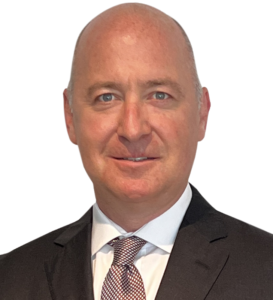 Greg LePeter is our General Counsel and Corporate Secretary. He has over 20  years of experience working in Legal, Compliance and Regulatory Affairs within the Medical Device and Life Science industries. He has managed and advised operations as well as product development and distribution strategies directed to consumer fee for service, insurance payors and government entities within the US, Canada, South America, Europe and Asia/Pacific Regions. Greg has provided guidance for many publicly-traded corporations in ventilation, respiratory support, sleep therapy, telehealth software and other leading healthcare technologies.  His position as General  & Senior Counsel for clients include several San Diego-based companies; Premier, Inc. ResMed, Inc., Qualcomm Life, Inc., CliniComp, LLC, and DermTech, Inc. His experience spans across software platform solutions, privacy, corporate compliance, regulatory clearances, IP protection, market surveillance and strategic acquisitions.

Greg graduated from the University of Virginia, earned his JD and MHA from Washington University and also completed regulatory compliance training in drugs & biologics at UCSD. He lives in La Jolla with his wife and enjoys sailing, surfing and walking the family dog. 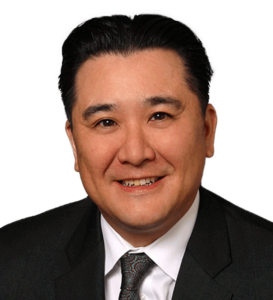 George Ng, a partner at PENG Life Science Ventures, is a seasoned life sciences industry executive. He has founded and/or led multiple companies, including Scilex Pharmaceuticals, Inc., where he was Co-Founder and President leading the company through development, clinical trials, NDA submission, FDA approval, $140 million financing and commercial launch of the company’s first FDA-approved drug product. Mr. Ng has also held various other senior management positions within biotech and pharma, both private and publicly traded, including Sorrento Therapeutics, BioDelivery Sciences International, Inc., Spectrum Pharmaceuticals, Inc. and Alpharma, Inc. In these roles, Mr. Ng helped lead the development and commercialization efforts of multiple pharmaceuticals. Previously, in private practice, Mr. Ng was a partner in two AMLAW 200 law firms, where he established the life sciences practice group for one firm. He is a current board member for multiple companies, including iActa Pharmaceuticals, Inc., Inflammatory Response Research, Inc. and Calidi Biotherapeutics, Inc. Mr. Ng served as President-Elect of the Pan Asian Lawyers of San Diego and is a frequent speaker and noted authority on legal, compliance and business issues in the life sciences. Among his multiple awards and commendations, Mr. Ng is a recipient of the Outstanding 50 Asian Americans in Business Award, M&A Advisor’s Top 40 Under 40 Award, and MDB Capital’s Best and Brightest Award and an Astrum Award nominee. Mr. Ng earned his J.D. from the University of Notre Dame School of Law and his B.A.S. dual degree in Biochemistry & Economics from the UC, Davis.

Invent Respiratory has developed an innovative cross-platform technology backed by patented intellectual properties. We have singlehandedly solved significant problems that have plagued the industry for decades. Every day I am energized knowing that what we do at Invent Respiratory enhances patient care. Our team has one goal and one goal only — advancing respiratory care, one patient at a time. 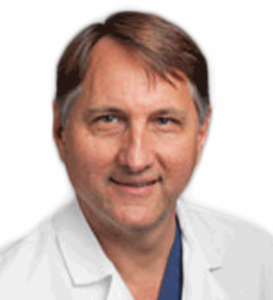 Baylor College of Medicine and practices Pulmonary and Critical Care Medicine. Internship, residency, and chief residency in Internal Medicine at the University of Texas Health Science Center in San Antonio, Fellowship in Pulmonary & Critical Care Medicine at the University of California, San Diego. Currently Director of the Critical Care Service at Sharp Memorial Hospital in San Diego, California, and is the Medical Director of the Grossmont College Respiratory Therapy Program. Served as Chief of Internal Medicine, Sharp Memorial Hospital, Chief of Staff at Vencor-San Diego, Medical Director of Lung Transplantation, and Director of Adult Cystic Fibrosis services and Director of Pulmonary Rehabilitation at Sharp Memorial Hospital. Board-certified in Internal Medicine, Pulmonary Medicine, and Critical Care Medicine, and is a member of numerous professional societies. Served on the editorial boards of ASAIO Journal, the official publication of the American Society for Artificial Internal Organs, and Respiratory Care, and the World Journal of Critical Care. Dr. Willms researches and publishes articles on respiratory failure, acute respiratory distress syndrome, sepsis, heliox therapy, and extracorporeal life support. In 2010 – 2011, he was the key physician contributor to the San Diego Patient Safety Council initiative on Reducing the Incidence and Mortality of Sepsis. Spoke nationally and internationally on various critical care topics. 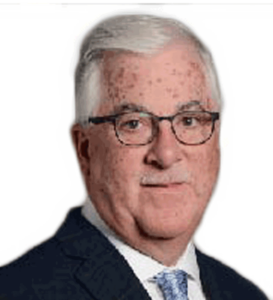 Brian Carlin, MD, FCCP, MAACVPR, FAARC, is currently in the practice of pulmonary, critical care, and sleep medicine in Pittsburgh, Pennsylvania, and is the medical director of pulmonary rehabilitation for Lifeline Therapy for Pulmonary Rehabilitation. He is a former training program director of the pulmonary critical care medicine fellows. Dr. Carlin has been active in multiple national and regional organizations being a past president of the American Association of Cardiovascular and Pulmonary Rehabilitation as well as the Association of Pulmonary and Critical Care Medicine Program Directors. He is the current chairperson of the National Lung Health Education Program and is a member of the board of the National Board for Respiratory Care. He is actively involved in clinical research projects in the fields of rehabilitation and COPD readmission reduction programs. He has helped to create successful educational programs centered on the performance of spirometry and the use of inhaled medication delivery devices. 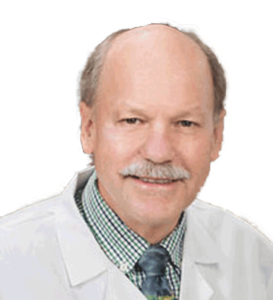 Nicholas S. Hill, MD, is professor of medicine at Tufts University School of Medicine and chief of the pulmonary, critical care, and sleep division at Tufts Medical Center in Boston. He received his medical degree from Dartmouth Medical School in New Hampshire and completed cardiovascular and pulmonary fellowships from University of Massachusetts Medical Center and Boston University School of Medicine, respectively.

Dr. Hill’s primary research interests include the role of angiogenic factors in pulmonary vascular biology, therapeutic approaches for clinical pulmonary hypertension, and evaluating ways of delivering and testing the efficacy of noninvasive ventilation. Dr. Hill is the author or coauthor of more than 200 articles in peer-reviewed journals, such as the American Journal of Physiology, Respiratory Medicine and Critical Care Medicine. He is a past president of the American Thoracic Society and a member of the American College of Chest Physicians, American Association for the Advancement of Science, and Pulmonary Hypertension Association.

Dr. Hill served as president of the American Thoracic Society in 2011-2012. 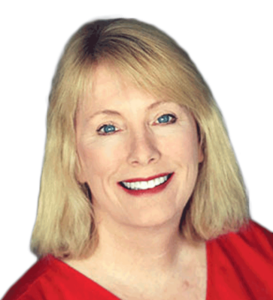 Angela has provided extensive consulting to ventilator manufacturers and has lectured in over 30 countries and authored articles and books on home ventilation. She holds a patent on an innovative, wearable ventilator. Angela King owns Mobile Medical Home Care with her husband and together, they have been helping home ventilator patients for more than 20 years.